Showing posts from February, 2018
Show All

By James Deakin February 08, 2018
Film Logo 1) The film logo is good, but it seems more basic when compared to the Slick Motion logo. It is fitting, with the use of the gun and also very school like colours, but it seems that it was made a lot quicker than the Slick Motion logo, and it seems a lot more rushed in comparison to it. 2) I can see where the idea comes from. The use of the gun confirms that it isn't called School Run because it's about a real school run, but that it's about 'running around a school'. It confirms the action nature of the film, because otherwise I would think that it is just a comedy film about the school run. Production Company Logo 1) I like the Slick Motion logo. It is very sleek and modern, but it also incorporates the older 'film reel' image. This means that it is a very good mix of 'now and then'. In addition, the sleekness of the logo really fits when the name 'Slick Motion', as 'Slick' is a word that I would associate with being very
Post a comment
Read more

ROUGH EDIT 2 (Build up music only) 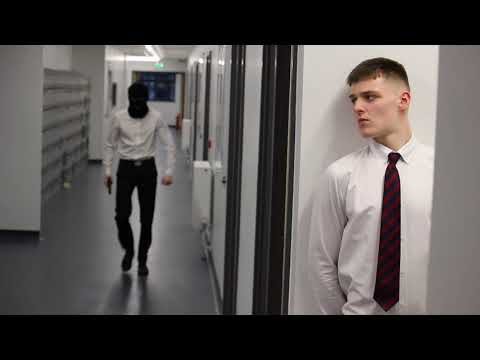